The reasons for the corruption of the filter configuration

The reasons for the corrosion of the filter configuration, the reasons for the corrosion of the filter configuration, a: The material of the sewage outlet of the water filter is 316L stainless steel, and the material of the sewage pipe is mostly super austenitic stainless steel, the electrode potential of these two is very high , In the seawater environment, a corrosion battery is formed, the metal becomes ions, and the 316L stainless steel is corroded. b: The ions in the neutral solution act on the stainless steel surface passivation film of the water filter, so that the passivation film is partially destroyed to expose the metal The metal parts will dissolve quickly in the solution, resulting in signs of corrosion. c, due to the difference in the concentration of oxygen inside and outside the leak, an oxygen concentration battery is formed. When the oxygen concentration battery is generated, it is in a passive state. The stainless steel part is dissolved first, and the cathode response is the phenomenon of consuming oxygen. d, the oxygen content in the filter hole gradually decreases, and the OH- generated by the cathode response is reduced. In this time, in order to maintain the electrical neutrality in the hole, Cl -Infiltrate from the outside of the hole to form metal salts with metal ions, and the hydrolysis of the metal salts will cause the pH value in the hole to drop, so that the signs of corrosion will grow. The open configuration is easy to flow to the outside due to the internal solution. The probability of re-passivation of the filter is not high, so there is usually no perforation in the open configuration. e. Since the closed configuration is concentrated from the outside to the inside, the pH value of the solution is low, so the signs of corrosion are not. Stop growing, and eventually appear the phenomenon of corrosion and perforation. 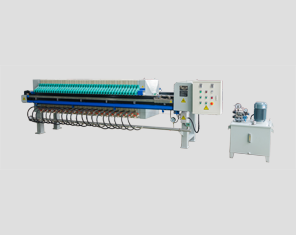 Previous: What is the reason for the sloping plate on the filter plate of the filter press?

下一条: What is a plate cardboard filter?