3. Insufficient oil level: Because the hydraulic system of the automatic pressure-maintaining automatic filter press is in a high pressure state for a long time, some seals will inevitably seep oil. At the same time, after the automatic filter press is used for a period of time, a small amount of hydraulic oil will also evaporate naturally. These all cause the oil level of the fuel tank to drop. When the oil level is too low, the oil pump will not be able to pump the 46th or 68th hydraulic oil. 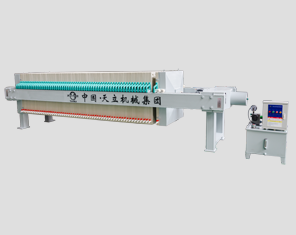 下一条: How to Improve the Working Efficiency of the Plate and Frame Filter Plate of the Filter Press